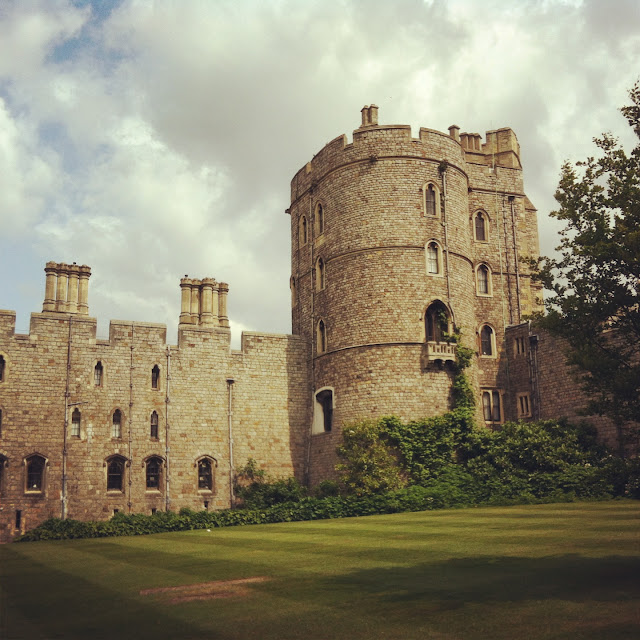 One of our four days in England, we decided to get out of London and visit Windsor Castle. It’s an easy train ride of about 45 minutes. You can leave from Waterloo Station and they can sell you a pass to the castle and a train ticket all in one there. 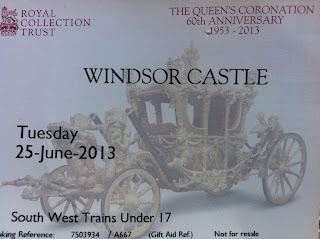 You arrive at a darling train depot that looks like something out of Thomas the Train. If you walk out and across the street you see Windsor Castle right ahead of you. It’s an easy walk uphill of about 10 minutes along the high street of Windsor to the castle entrance.

Getting there early is nice and we hooked up with one of the tour guides or Wardens they have free of charge. He was funny and we learned so much about Windsor built in 1066 by William the Conquerer. The castle is actually a fortress with towers, chapels and a village inside it. 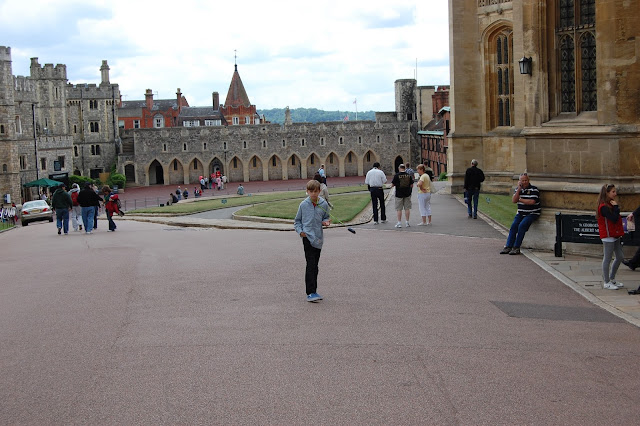 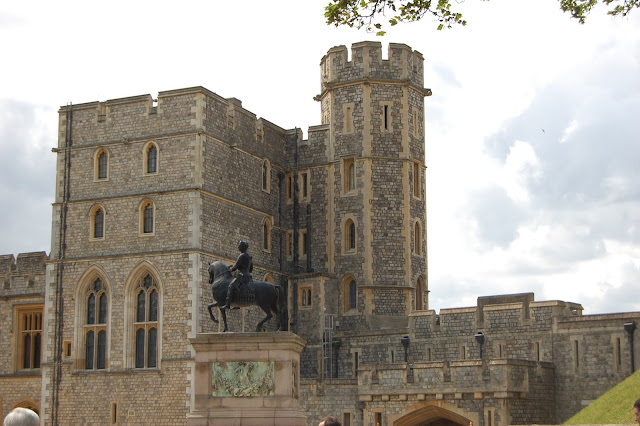 Windsor is the oldest and largest inhabited royal castle in the world and has been lived in by kings and queens for over one thousand years. The Queen still spends her private weekends here as well as a month at Easter and in June. When The Queen is in residence the flag called The Royal Standard is flown. 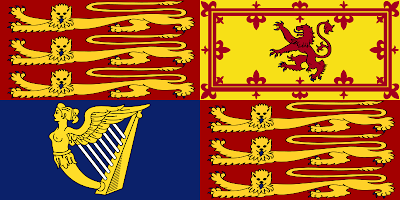 On a tour you can see the state apartments where the queen still holds many state dinners. The entrance is pretty impressive it’s about 3 stories tall of swords, shields and suits of armor. You can also visit Queen Mary’s Doll House built in the 1920’s. It’s a small mansion complete with authentic details of the time including electricity, hot and cold running water and flushing toilets! 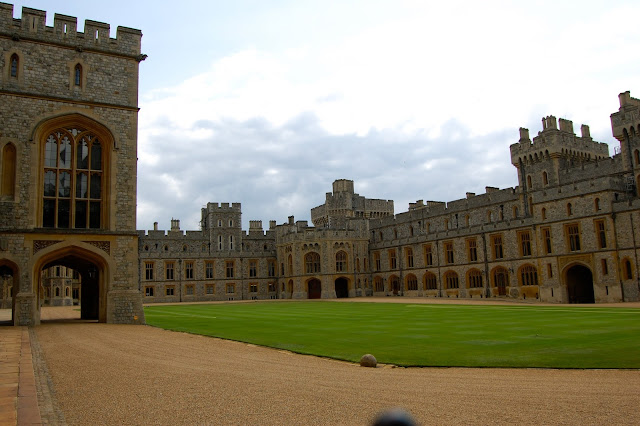 Looking toward The Queen’s apartments in the center above. This area is gated off and not part of the tour… 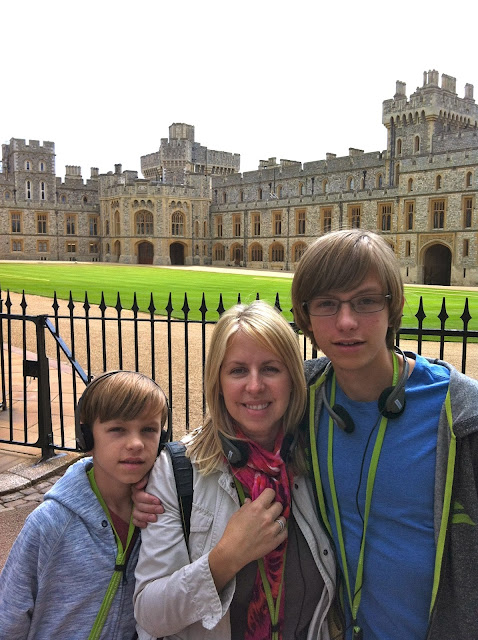 We also got the free headsets as well since the tour with the Wardens only last 30 minutes. 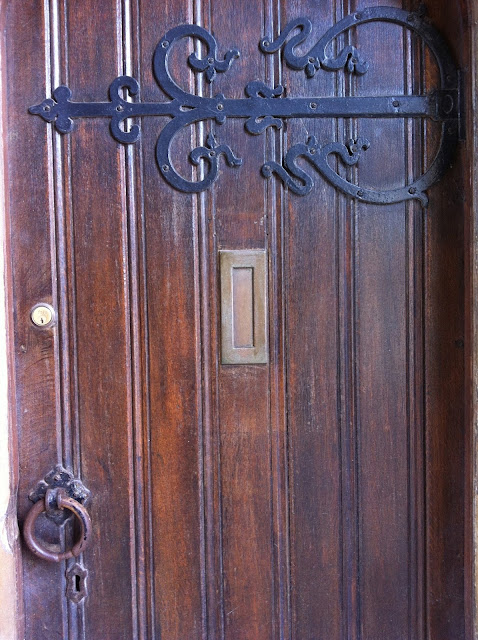 The doors have so much history and details. The hinges and the pulls alone and the sheer width of some amazed me. 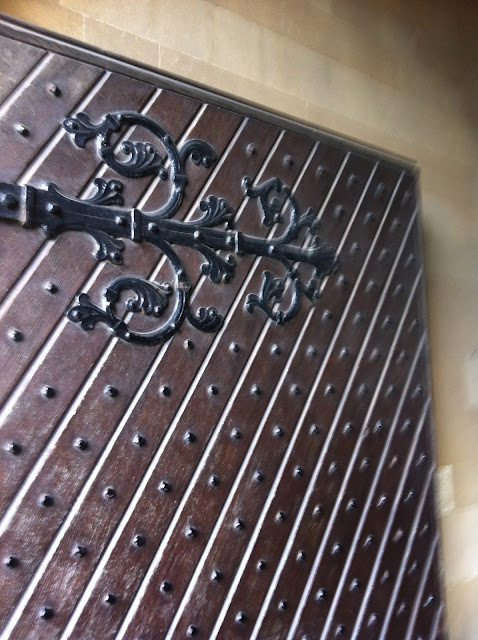 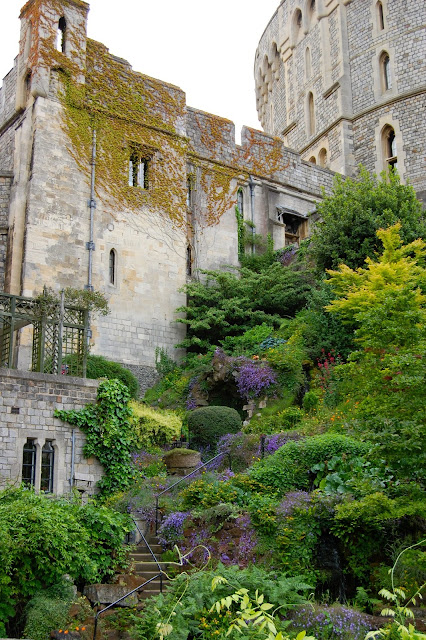 The castle is immense and opulent  inside and it is hard to tell where the horrible fire from 1992 did damage. You do go in the state dining room and hall where they show you how bad it was. You can also see how they tried to keep the original materials in the restoration by doing things like flipping parquet wood floor tiles over. 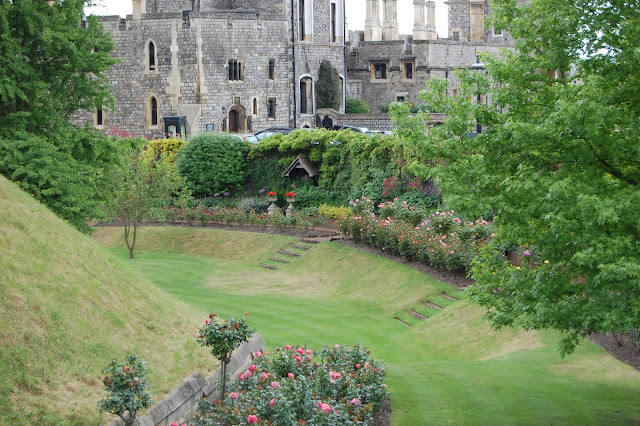 This is the moat made of chalk. It never actually could hold water and has become a garden of sorts.

You can see the changing of the guard if you are here early. . . 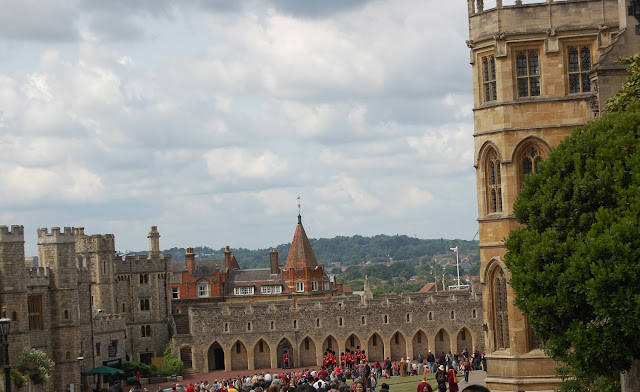 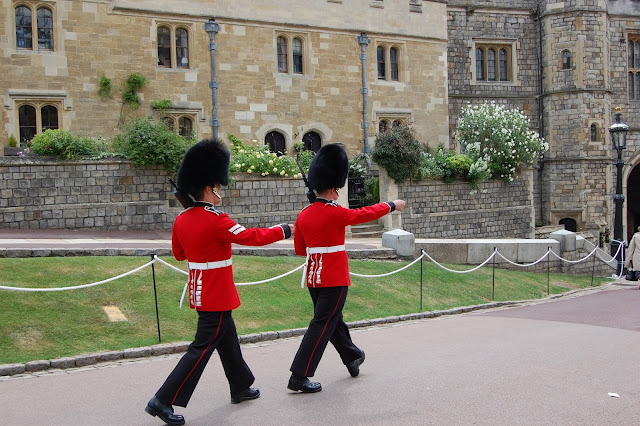 To me the highlight of Windsor was St George’s Chapel. It was built in the 1400s and is the prettiest, fragile and most beautiful church. Absolutely lovely with it’s gorgeous glass windows. I wish I could have been able to take photos. Inside St George’s, they are also restoring Prince Albert’s Chapel built by Queen Victoria, which is even more fragile and you can only peer at through ropes. 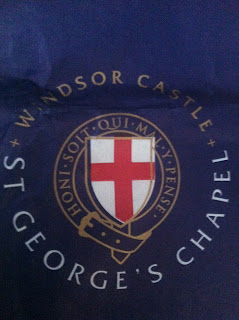 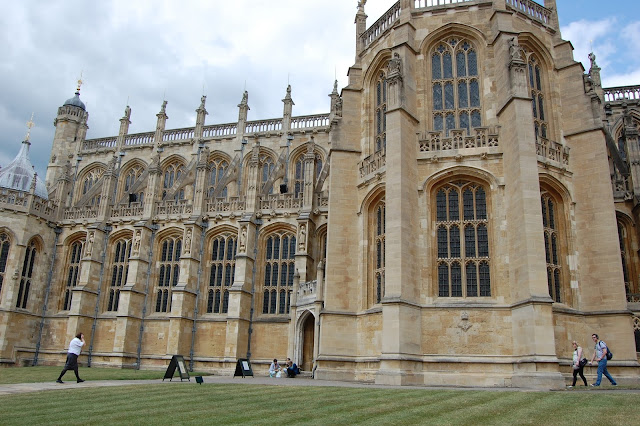 St George’s Chapel outside and below. 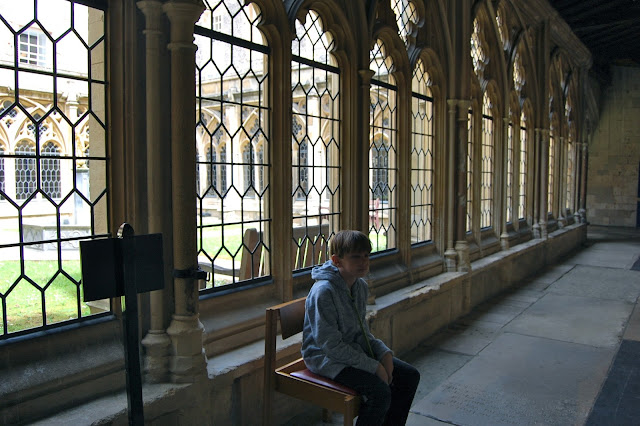 St George’s is home to the Order of the Garter, the oldest order of British chivalry established in 1348.  We just missed the procession where they do each year in June. Small school children were on a field trip the day we were there and we able to put on small garter robes and caps and parade around in the state dining room. It was cute. Nice how they introduce the tradition of all this when the kids are young here.

Spring has sprung in San Francisco with the plum t

The weekend post is up and there’s a few Valenti