I don’t know why I get so excited about Wimbledon, but I am in my happy place when it’s on. There is no other sporting event I get as excited about!

Looks like Serena will dominate this year again as she’s been unstoppable. 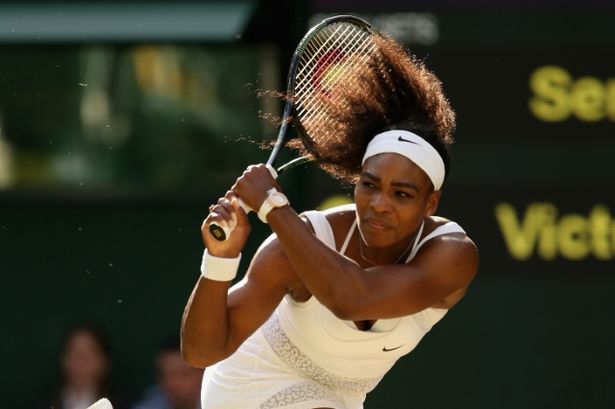 I loved the semi-sheer leopard print on her Nike dress. 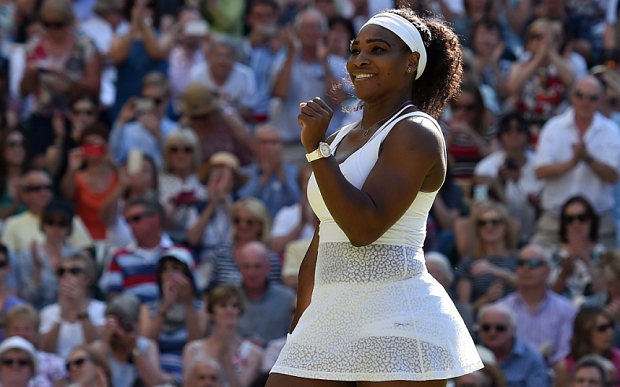 Maria Sharapova also had a semi-sheer print on her Nike skirt. 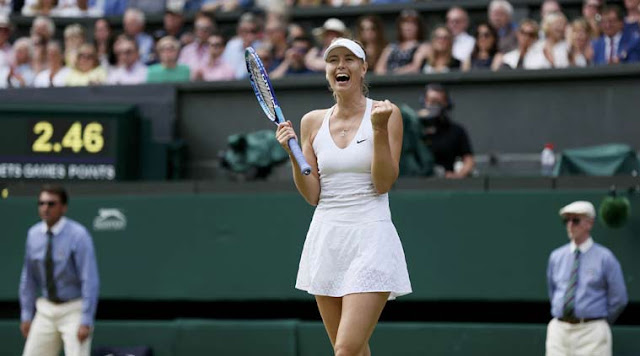 Hate her shrieking though.

I especially like the net skirt of Garbine Muguruza who will be facing Serena. She’s tall and strong and is really great to watch. She’s Spanish of Venezuelan descent. 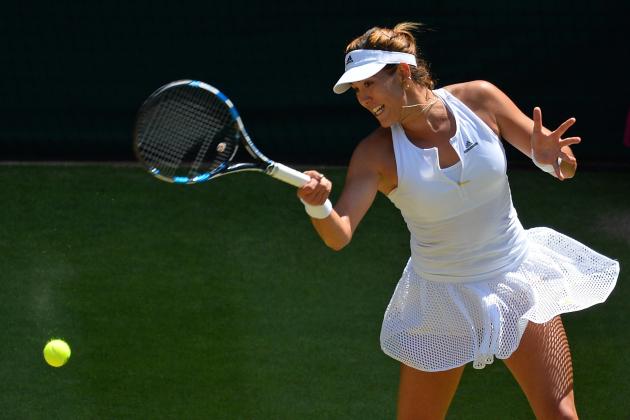 I like her longer skirt which looked nice. I think this was Adidas.

I think it’s hard to dress with some flair when everything has to be white. Really white. There can be no colorful shoes, hats, etc.

This year there’s been a lot of grumbling about the even stricter all-white dress code. It has always been in effect, but in past years some have had colorful trim on collars, shoes, etc. One player even got in trouble for having part of a colorful sport bra show a bit.

The players have to make sure even the soles of their shoes or trim on sweatbands is not colorful! 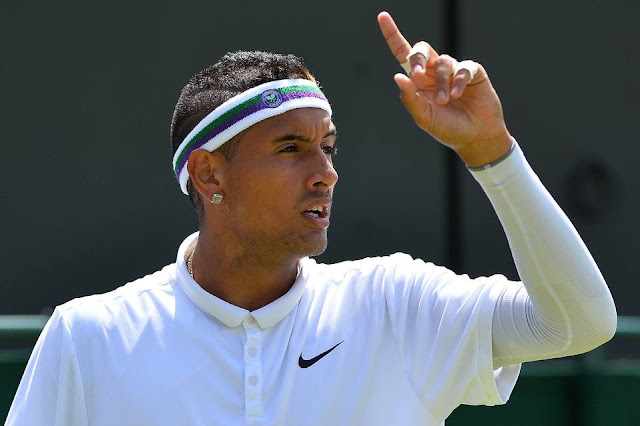 Nick Kyrgios of Australia got in trouble for wearing this Wimbledon official headband that can be bought in the gift shop!! They made him turn it inside out.

I do appreciate that Wimbledon is unique in their dress code and manners. However, as one who plays tennis, I would be hard pressed to find completely white shoes, clothes and accessories now. Sportswear is a just lot more colorful now

What do you think? Perhaps they can go back to the mainly white rule…?

Look at Borg?? Can the man do no wrong? In my eyes he will always be the most gentlemanly of players and yes still a hottie! 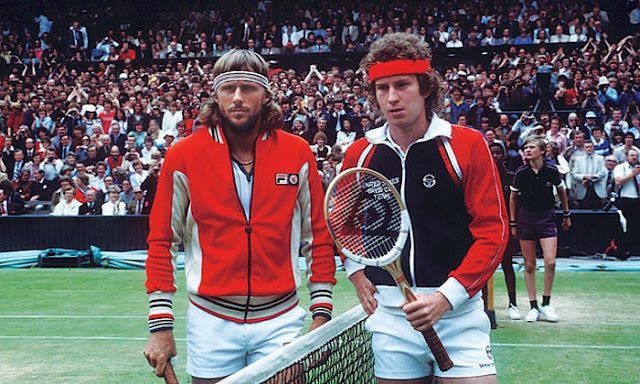 Borg and McEnroe are wearing  a lot of color here Wimbledon .Can you believe he won 5 times with a wooden racquet? That was some amazing playing. the game was a lot different from now. If you watch old matches you’ll see it was a serve and volley game. A lot more net than men or women play now. Now it’s so much a baseline game!

Watch a little clip of some of the best parts of the historic 1980 match of these two. I forgot what a scrapper McEnroe was..

Oh those men’s tennis shorts in the 80s!

Andy below taking selfies with fans… 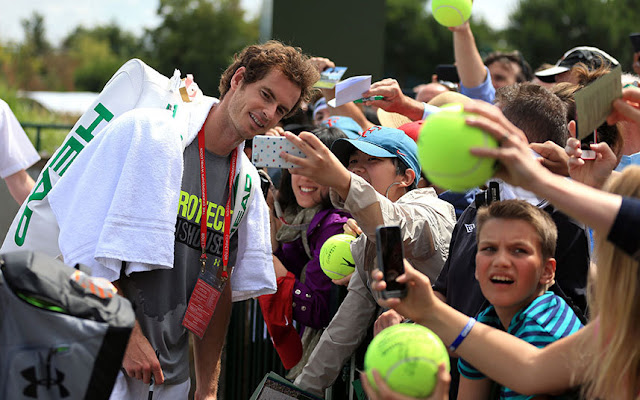 I’m bummed Andy Murray is out. Looks like it’s be Novak Djokovic and Roger Federer. 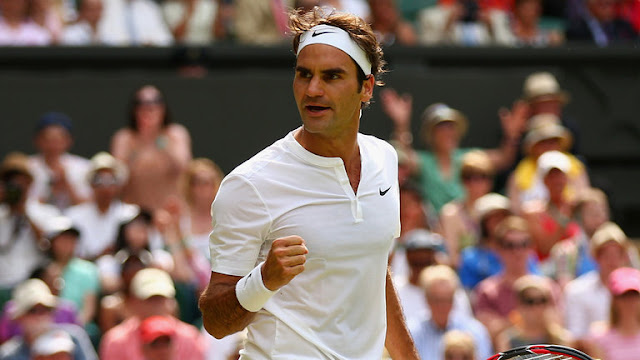 I like Roger’s shirt here.
I like Federer, but I think I’m getting more partial to Novak. Love his personality. He’s quite funny.
It’s also fun to see who comes to watch. Spectating the spectators -you know? It’s people watching at it’s best as it seem everyone loves Wimbledon…The Royal Box of course is the Best seat in the house… 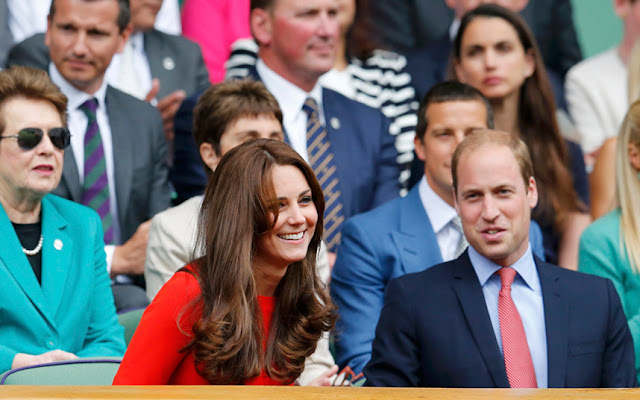 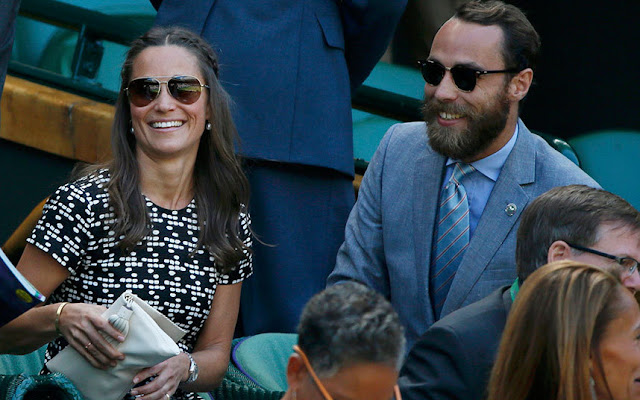 Kate and her sister Pippa can do no wrong fashion wise! Not sure about the brother. He’s pretty okay. 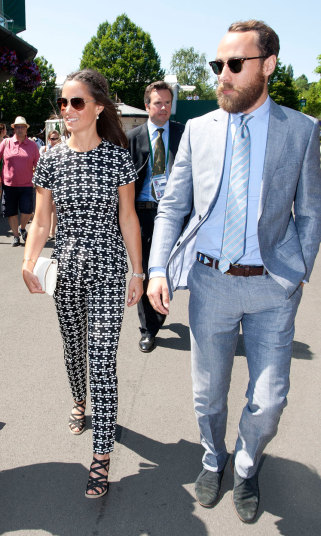 They always dress appropriate, but fresh and fun for their ages. Young women could take note. No tattoos, piercings and . They are just classic beauties, uncomplicated with simple makeup, freshly washed hair, and smiles. What more does a young woman need to enhance her own brand of beauty??
Looks like dresses are a popular choice.. 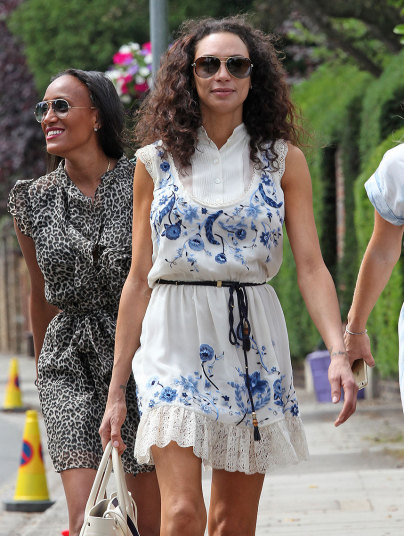 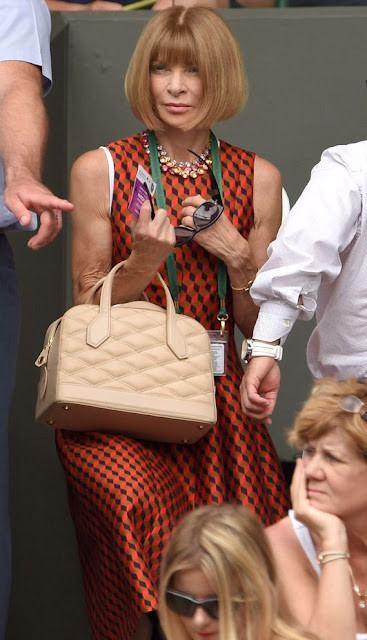 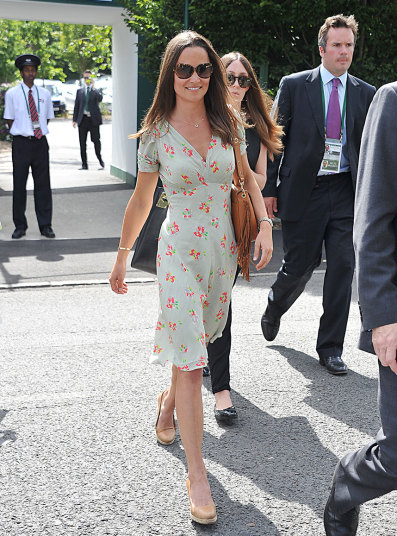 Pippa on another day. She’s a big tennis player I guess. 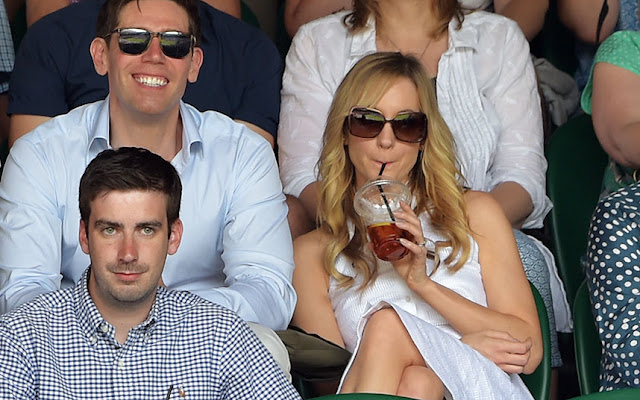 Downton Abbey’s Joanne Froggatt was in the stands looking nothing like her long-suffering Anna character! 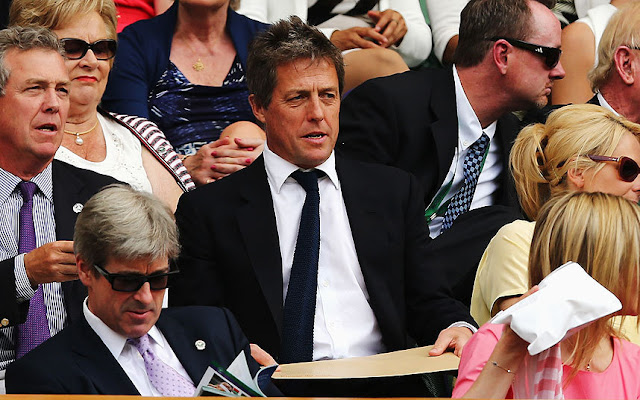 Hugh Grant! Like to hear his commentary during play! 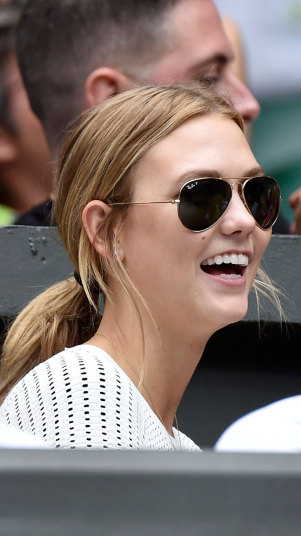 Watching Wimbledon calls for a Pimm’s cup. I will get there one day. It’s on my list..
For now I have to enjoy it here and with all of you!

Did you know each year more than 80,000 pints of Pimm’s and lemonade are sold at Wimbledon? The Pimm’s kiosk has been there since 1970.. Read more on it’s history and get the full recipe to enjoy at the cute Creative Culinary blog! 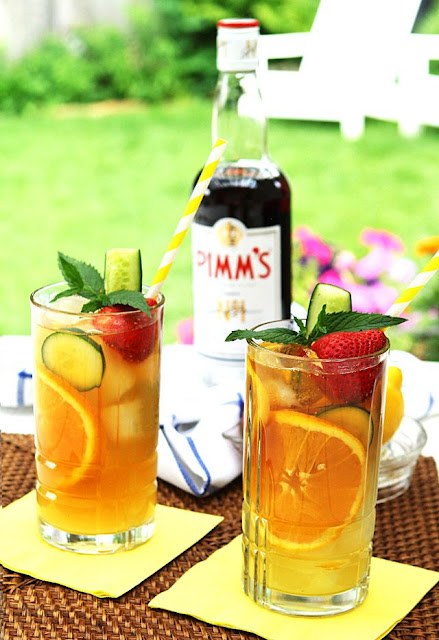 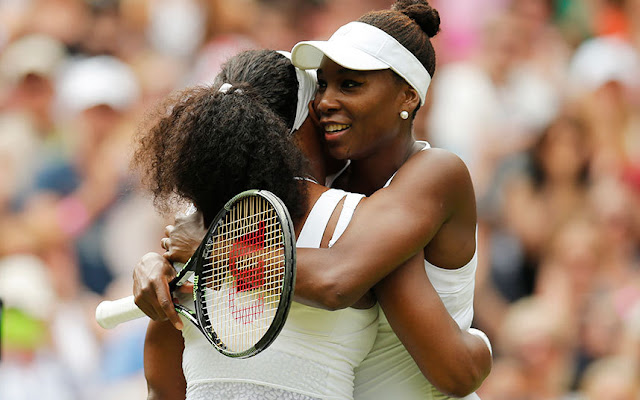 Love this of the Williams sisters too.
Just LOVE LOVE LOVE All!
Happy weekend!
photos via Pinterest