The refresh button was hit at the U.S. Open this week and I loved it.  How nice it was to see some new faces and a few Cinderella stories come true. Roberta Vinci and Flavia Pennetta, were examples of grace in sports as the surprise ladies’ final singles players, ranked 43rd and 26th in the world they beat the odds and won hearts. 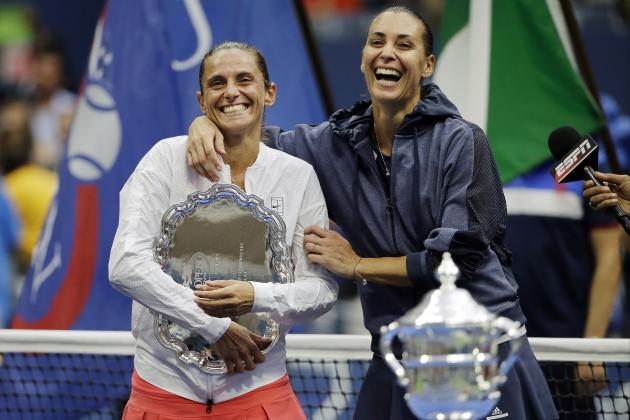 Both women grew up in Puglia, Italy not far from each other, and were roommates in Rome as young teenagers working on their tennis. Sixteen years ago they won the French Open ladies doubles title… 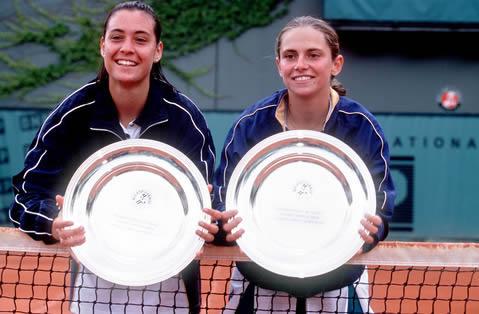 Isn’t this the best?

Professional tennis has become a game of the strong and the mighty and when the same sort of matches are played and replayed, we don’t see what or who we are missing or that another kind of tennis can be possible. Roberta and Flavia showed us a sort of tennis that is rarely seen in these grand slam finals anymore.

These women, who have played doubles forever, have a game of finesse, strategy and amazing ability at the net. You cannot develop those skills if you only ever play singles. Today’s stars are so much about baseline power shots and record breaking serve speed, it is rare to see even someone like Serena engage the net. 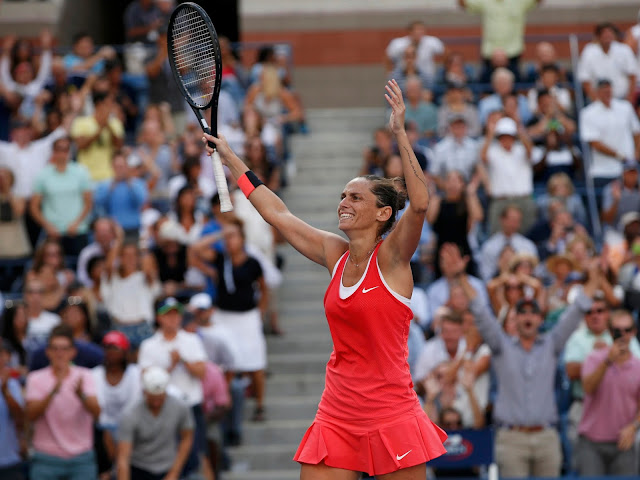 That was one reason the tiny charmer Vinci, who especially has this skill along with surprise shots, won her semi-final match against Serena. She played like a seasoned doubles player, mixing it up, coming to the net and Serena couldn’t play her game of power when delivered such shots. It makes you wonder what really is good tennis? Just look back to some of the matches of Borg and Chris Evert and others of that era to see strategy, not the reliance on power as it dominates today’s tennis. 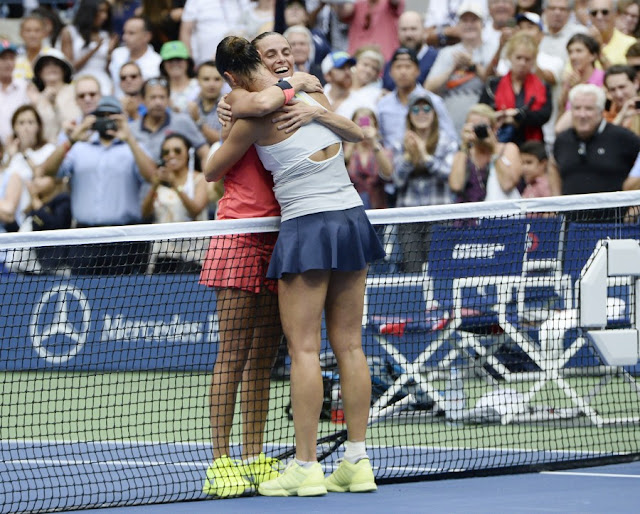 As much as I like Serena, I was elated to see the charming Italians play together. These girls, in their 30s, have decades of tennis behind them and Flavia 33, the U.S. Open winner, became the oldest player to ever win a grand slam tournament in the open era (since 1968.) How awesome is it to see someone with experience, years of slogging through tournaments, finally realize a dream decades later when she probably thought it was too late for it ever to happen? I also loved that they sat together, and were truly happy for each other. So different from the usual attitudes seen after big match losses.

Unbelievably, Flavia had decided to retire after this tournament a few weeks before and announced her intentions when she accepted her trophy. What a way to go out. She was asked if she might change her mind and what were her plans. She answered she didn’t know what she was going to do.  Because her whole life had been tennis since childhood, she was quitting to find out what she liked to do as she never had time to know anything but tennis. Wow. Inspiring story. It’s never too late to realize your dream and quitting to find yourself is brave as well. 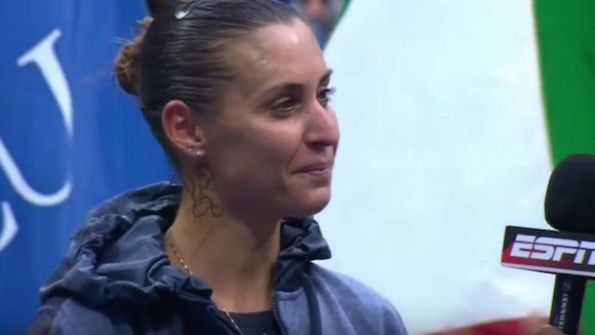 Grazie to the Italians for showing us all this week how to win and lose with style and manners. They really do know La Dolce Vita don’t they? 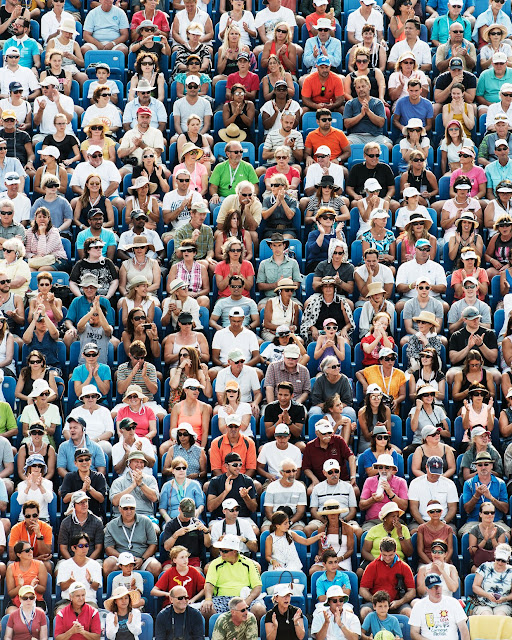 photos via Pinterest, Scroll and USToday and last image Vogue Thomas Prior