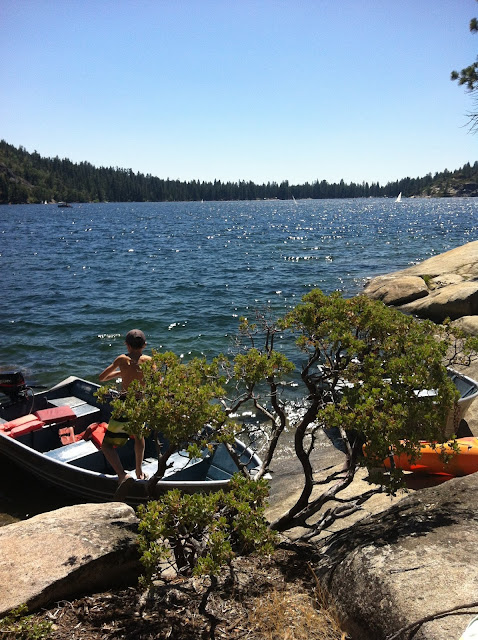 Hi friends I’m back. We were away on a European adventure and before that both my sons graduated – one from high school and the other from middle school.  Leading up to that I was consumed with the year end celebrations and also preparing for the trip which we insanely planned just three days after the graduations! To say I lost my mind a bit would not be an understatement. I couldn’t even think about my blog and when we returned from our holiday I was in a jet-lag and laundry induced haze. I’m just coming out of it and I plan to share about the trip and more summer-themed posts. 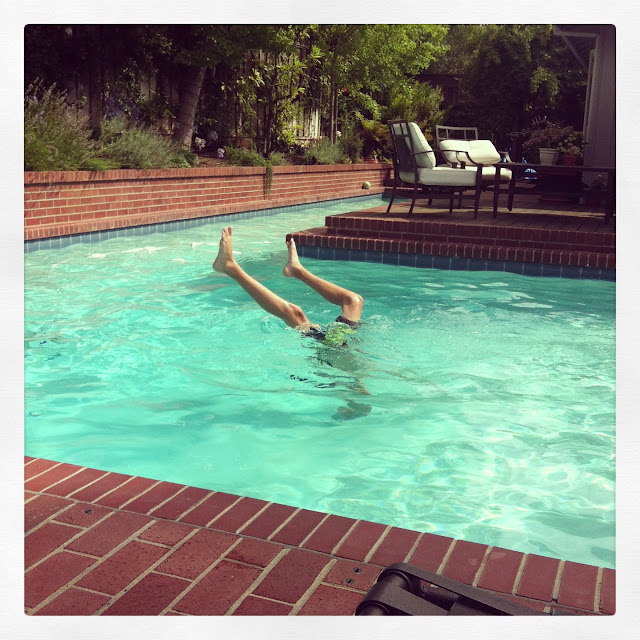 I just LOVE summer and the summer way of thinking. I relish the time to recharge, relax, read books, reorganize, de-clutter, and take stock and sometimes just do nothing, but watch the hummingbirds in my yard with a cup of tea. Best of all, are the days that unfold with no plans. Maybe we’ll get frozen yogurt or do a craft or bike to lunch. The rest of summer we will take a few road trips, do an annual camping trip to the Sierras with the whole family and then get our oldest ready to go to college, which will be a big adjustment for us all. I just can’t wrap my head around it yet. 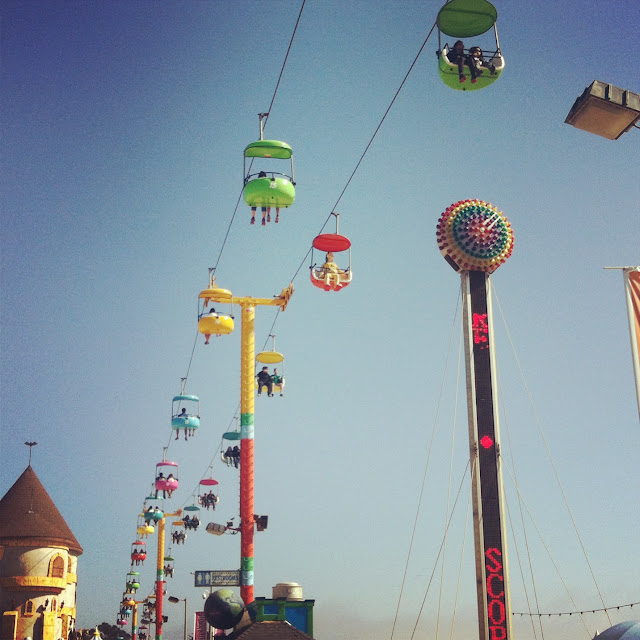 Most of all I look forward to the things that make summer seem like a little vacation each day-swimming, popsicles, bike rides, fruit from everyone’s yards, growing my own tomatoes (which are almost ripe!), lots of alfresco dinners, happy hours with friends, family movie and game nights with the boys and reading as many books as I can happily squeeze in. 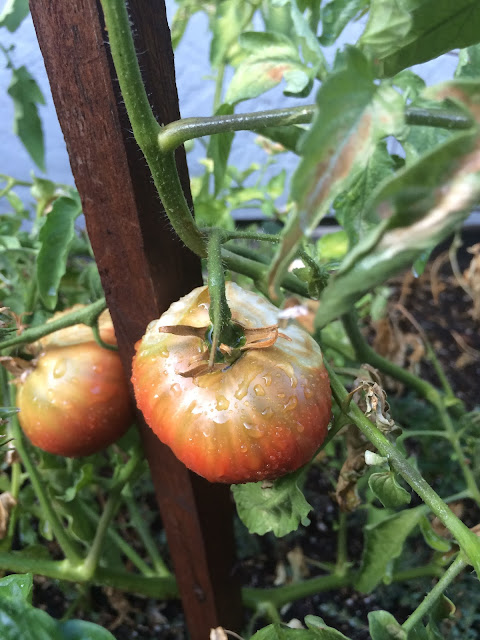 Thanks to my dad, I have some wonderful tomatoes coming up. He starts them all from seed. 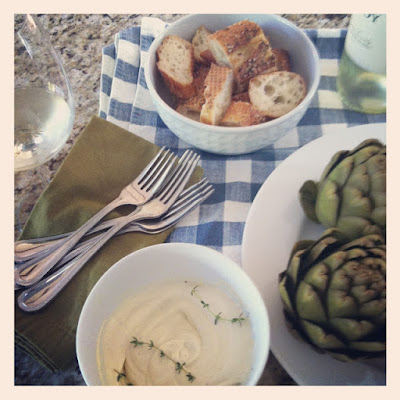 Artichokes are quintessentially Californian and we ate them and grew them when I was young.

Recently, I read an article about how the childhood summer of old has gone away. Kids are expected to use summer as a time to get ahead in school, camp after camp so they are not bored, (god forbid) and internships and pricey summer enrichment programs for the older ones. 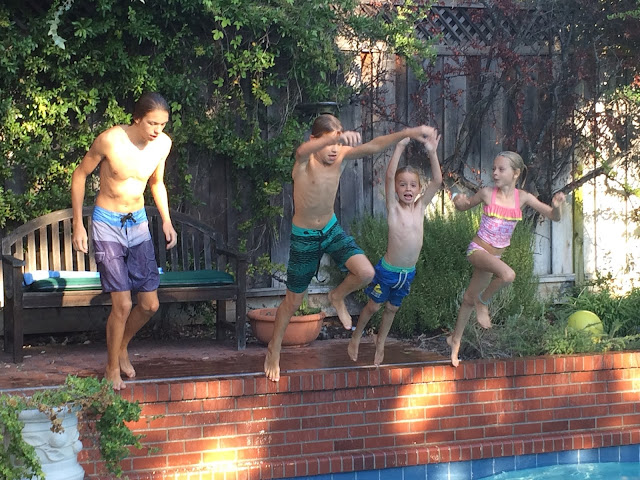 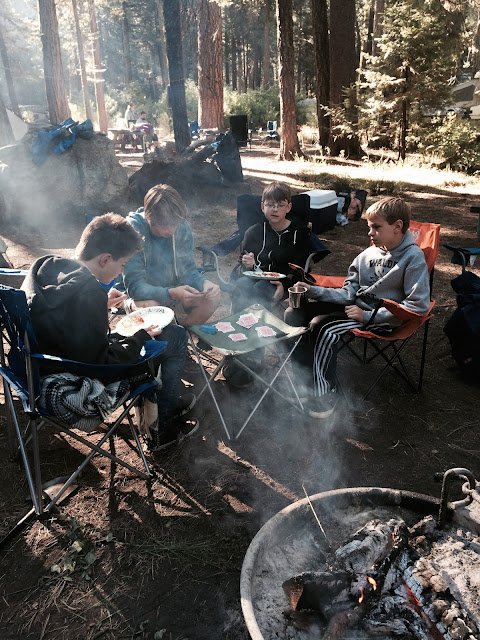 When I read that I feel fortunate to have had a 1970’s childhood of summers doing squat. I think I remember doing 2 or 3 summer camps over all the years of my childhood. The rest was spent flying around the neighborhood on my banana bike, making homemade popsicles, water balloon fights, lemonade stands, visiting the library each week for piles of books, and a lot of the time watching cartoons, Gilligan’s Island repeats and often just watching clouds and making daisy chains. That’s the truth and though we were often bored and sometimes got into mischief, we were free-ranging big time and I am afraid kids today just don’t get that. 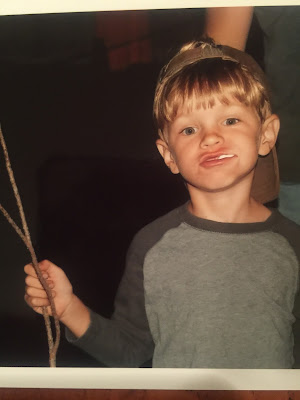 One of my favorites of the youngest trying s’mores camping.

Did it harm us? No. Did we go to Stanford? No, but we grew up contented, happy, self-sufficient and able to appreciate that life is not a race, but an adventure daily. We found what we love to do by messing around with stuff, and success without being daily soldiers to a planned existence during our summers. 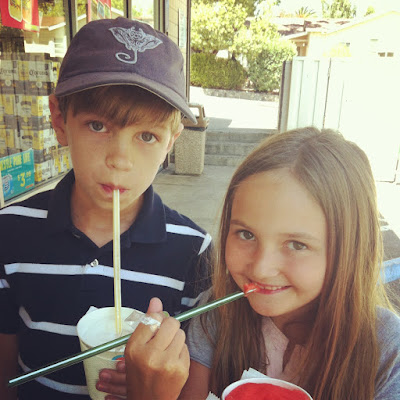 We scrounged money for bike rides to Quick Stop for Slurpees and brown bags filled with Jolly Ranchers, Bubble Yum and other tooth-rotting gobs. We bartered for Archie and Veronica or Richey Rich comic books, made sling shots and ramps to fly our bikes off of and rip our knees up. I remember having never ending series of band-aids on knees that never healed. We had sunburned noses and we painted our own frosted pink toenails. Mom never worried where we were. We were at a friends or in the neighborhood and we always came home around dinnertime. Mostly it was for BBQ burgers and jello on summer nights. Mom would try to get us to eat an iceberg lettuce salad with Thousand Island dressing and toward the end of the summer my dad’s corn and green beans would start coming up and we’d have those for a few weeks. 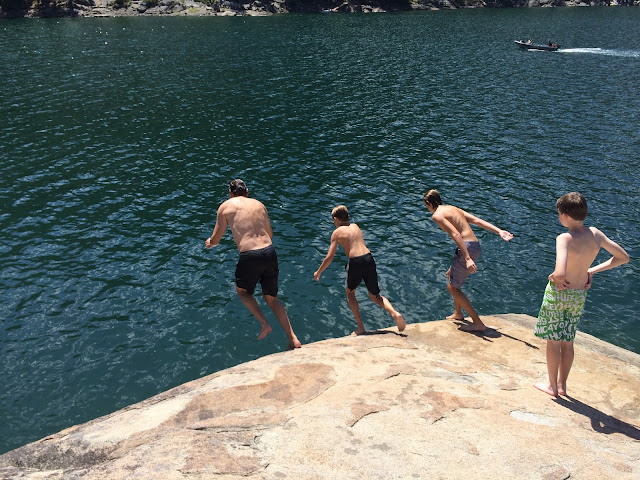 Parents don’t feel guilty if your kids are bored, streaming shows or dribbling snow cones syrup all over and you are walking with sticky feet throughout the house, this is summer in it’s element. Savor this that can only happen in summer months. I’m trying to kick back and put my feet up, let the dishes sit in the sink and the food stick to the counter. Let the mess happen. My wise 99 year old grandma says that there will always be time to clean the house. Enjoy the sun tea, blooming flowers, the cut grass smell, the BBQ and the gooeyness of melted s’mores. As my neighbor Kim said this week when I announced we are making snow cones for the neighborhood, ‘Summer has arrived!’ 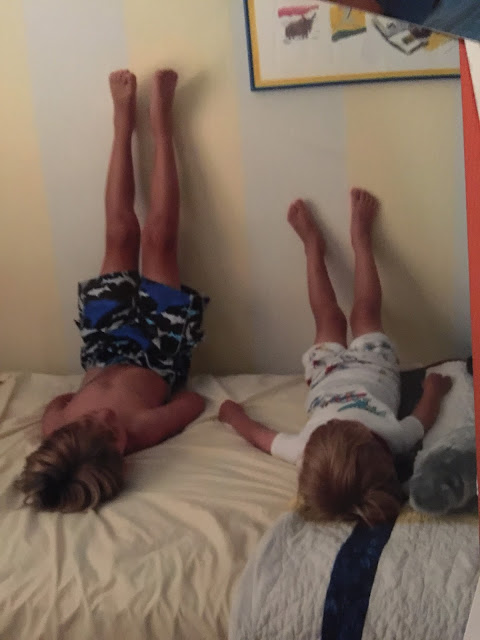 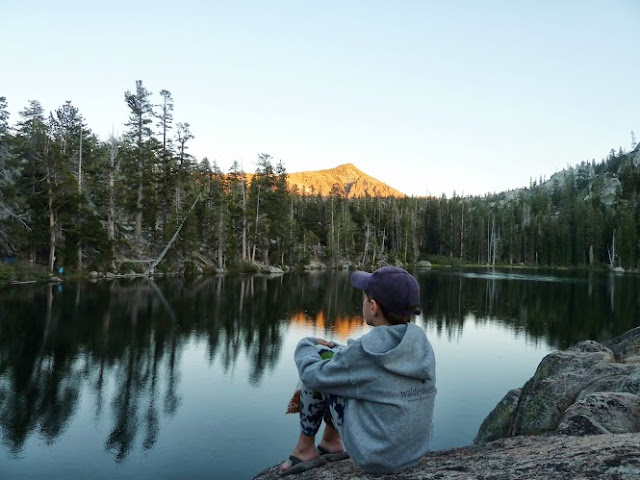 Here’s to enjoying every minute!

By the way, I’m seeing lists on Pinterest like 100 ways to help your kids have a 70’s summer. I’m afraid that defeats the purpose people if you’re ticking off boxes. Perhaps though some people just can’t imagine going a day without a plan. Kids who are used to being told what to do cannot cope. Well start by doing it yourself and give them some space. You might just find you all learn how to live in the moment and let the days unravel before you! Don’t throw this opportunity away. They’ll be busy and free summers will be a distant past. 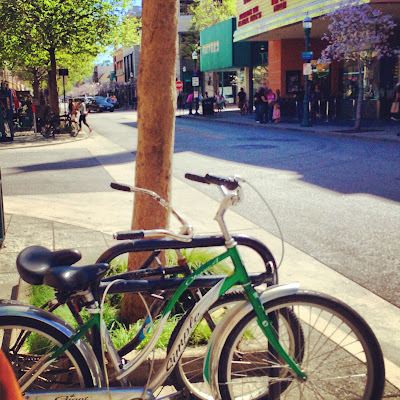 I’ll be back more often with little tidbits as I am trying something new, blogging more about less, but the trip posts are coming too.

I’d love if you shared what summer is to you. I know some of you have come from different places and everyone has their own unique summer memories. 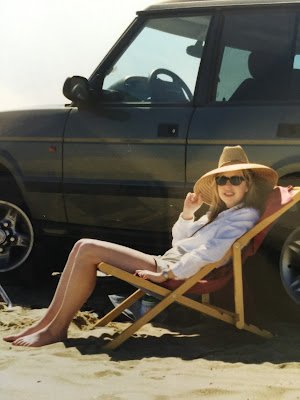 Pismo Beach camping 1997 with our first car purchase a green Land Rover. Loved that car and kept it until it fell apart. We also never got the sand out, hint- don’t take a new car to the sand dunes! Duh.

All these photos are my own originals from summer’s past.

Happy Friday! Alert this is not a Reel, but here g

Have you made a persimmon salad yet??Last night wa