It’s that time again! We are back at school. I don’t know how it got here so quick. One minute I was planning all the things I would do over Summer and then, it was over! Another year has begun and each of my guys is in a new transition. The oldest, Jackson has begun high school and Griffin, our baby is in his last year of elementary, fifth grade! The thought of leaving our sweet elementary school just about kills me. It has been our home for nine years now, and my days revolved around the drop-off and pick-up, which I always enjoyed. I really love the interaction with the other moms and dads and catching up on what is happening at the school. In the beginning those years seemed long and now, flying by too fast. My fifth grader is out the door on some kind of wheeled vehicle and doesn’t want me to pick up either! I should be proud of the independence of this little guy who wanted me to stay for Kindergarten “Just a few weeks, mom.” He told me on the first day this year, after finding his class line,” I’m good mom, you can go.” Sniff..
Anyhow, just in time for start of the school year, a bit of mom style for you. I am always fascinated with all the photos of celebrity moms at school pick-up. I love to see if they got it together or not. I think the British mums have beat the Americans hands down at school style. Maybe it’s because British already have more standards expected about how to dress for school, so parents follow suit. I used to try to look like I made some kind of effort when I dropped off, but at pick-up for sure. I do care about what I pick up my child in (when allowed by him!) I don’t want to be a slob, but also don’t want to look like I tried too hard…Also nothing too, well, I have seen a few moms who look like they are going to a cocktail party after! At our school the moms are pretty granola, but in a stylish way. Some are. There is a fine balance! See below photos snapped at the school yard.

Lucky Magazine advises moms to resist wearing the Uggs to school and get a uniform of sorts. They say throw on your jeans, or leggings, (bra or not!), a blazer or stylish coat or jacket on top and ballet flats. Sounds like a good plan to me. You can still get back in time to finish your cappuccino and look chic! 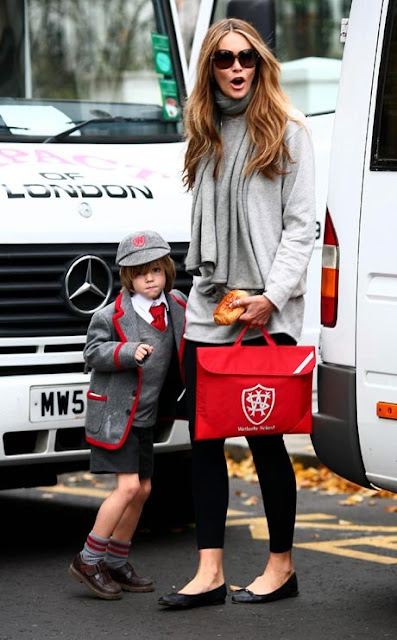 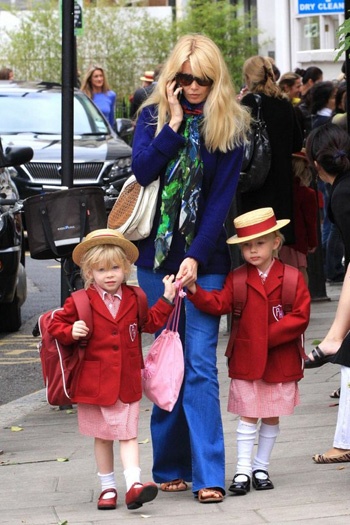 What do you think about school pick-up? Does it matter what a mother wears?
Wishing you all a good school year!
Kim 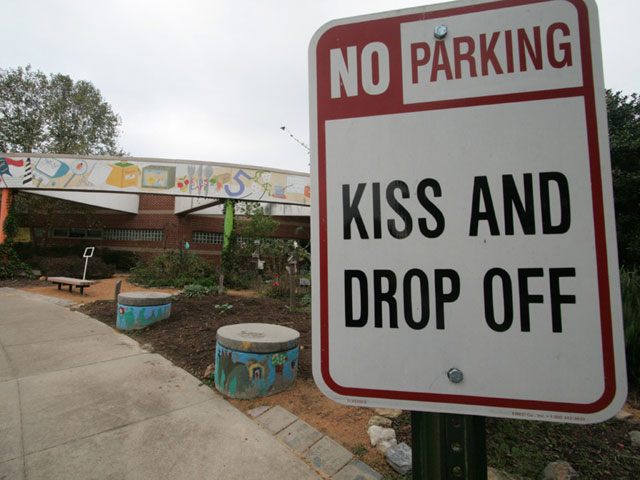 On December’s Signature Style it’s all about f