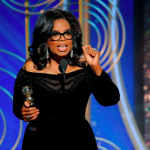 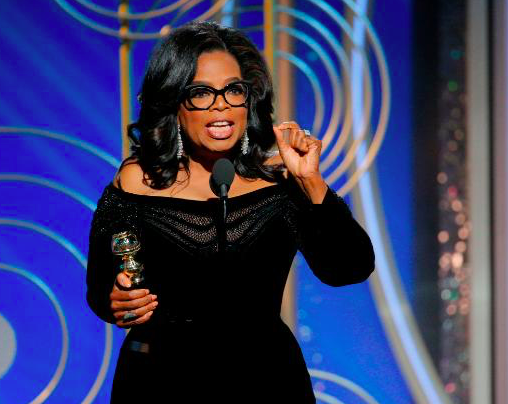 This year’s Golden Globe show was the best one I have seen and no red carpet was needed. The women took charge of this ship and you could feel them steer it with their messages in many ways tonight. The sexual harassment, discrimination and abuse women have endured in Hollywood, and elsewhere got addressed and it felt good. Speeches empowering women and girls, thanking the women who have inspired them personally, some by characters they play, were uplifting. Comments like Natalie Portman’s remark presenting the best director award, ‘All male nominees,’ she powerfully interjected, felt right and about time. Oprah got the Cecil B. DeMille award and brought the house down with an inspiring speech that got everyone fired up. Barbara Streisand capped it all it by calling out the fact that she is the only women to have ever won the director award and that was 34 years ago! How have we not had more women getting this award in the meantime? 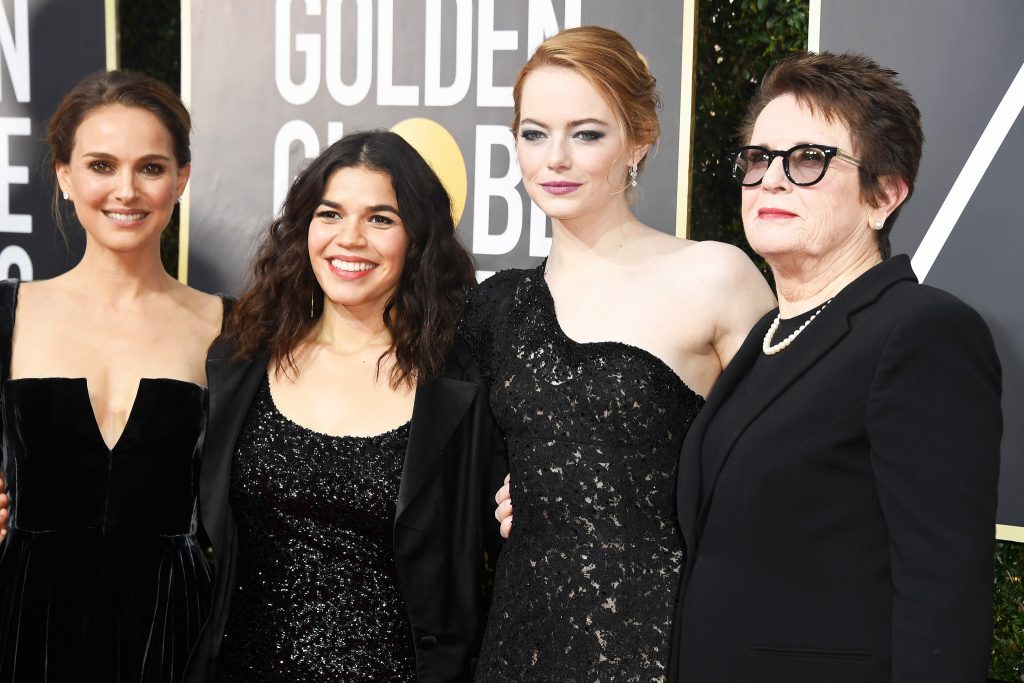 Natalie Portman, America Ferrera, Emma Stone and Billie Jean King, whom Stone played in The Battle of the Sexes film.

I can’t help feeling this is a great beginning to what will be a better things. Also, how unimportant do the clothes on the Red Carpet seem right now? I LOVED that everyone wore black. It really brought the focus on the performances and the work didn’t it? It was not about what they wore on the red carpet.

Maybe the red carpet thing has been part of the problem all along. These shows have women out there vying to be rated on their appearance. It seems ridiculous, as if being nominated for work wasn’t enough, they must look fabulous too. However if everyone wears black, almost like men wear tuxes, the emphasis stays on the work and the performers! This isn’t a fashion show, but it sort of became one. We need an environment where even celebrity women are not all about appearances and tonight’s effort by the women was a huge step forward for this. How smart and chic everyone looked in their plain back, less makeup, little or no jewelry and more natural looks. Could this be the future? These celebrities can lead the way for us to also care less about appearances, something that women are made to place far too much importance on.

I’m feeling excited tonight that the world is going to change in a lot of ways this year and beyond for women and we may actually  be the largest architects of this.  Hopefully that will come by not what we wear and look like, but rather what we do.