I don’t know about you, but I’m pretty excited about the impending birth of the new royal baby. They are taking bets that the name may be Alexandra or Charlotte. While both of those are nice, wouldn’t it be fabulous if she were named Diana? Maybe that’s too much pressure along with being heir to the throne. 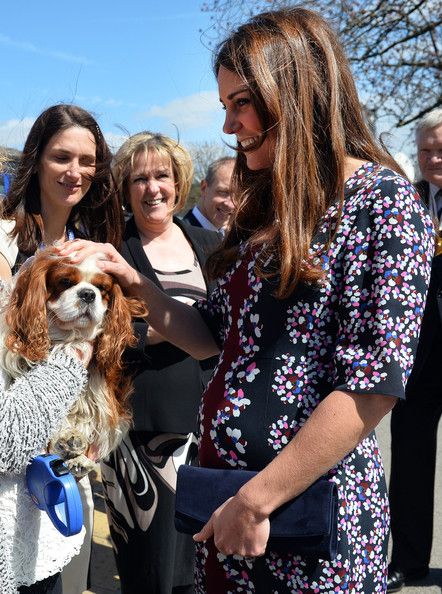 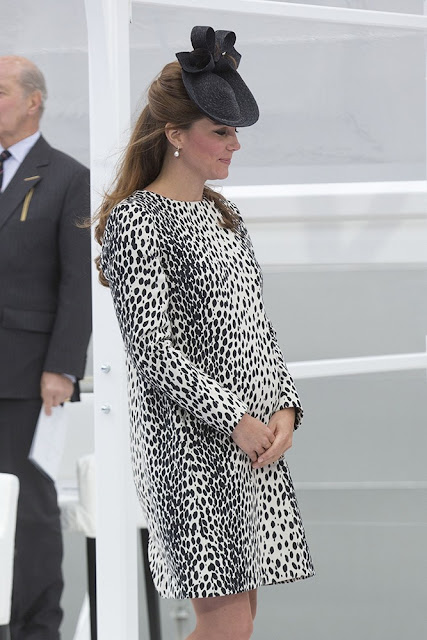 Apparently everyone has already decided she is having a girl. Kate supposedly let a few, “she’s,” slip in conversation. If she is a girl, she will be known as Princess of Cambridge. No matter, this royal baby will not be raised as others have. Kate Middleton is the first royal mother who was raised without nannies. This woman does her own grocery shopping and cooking. Most royals have a battalion of staff. They say Kate and William do not. She has even been trying to decorate her own nursery when she popped in unexpectedly to a children’s design store 2 weeks ago. 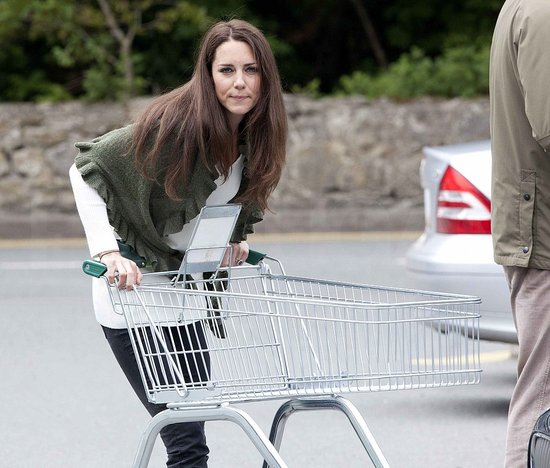 Instead of going to Kensington Palace after the birth and being attended to as Diana was, Kate will go to her mom’s home. She and William will spend the first few weeks being helped out by her mom. Isn’t that marvelous? I think so. It also shows the closeness of her family and how much her mother and family will influence this babies’ upbringing. It can only be for the best. 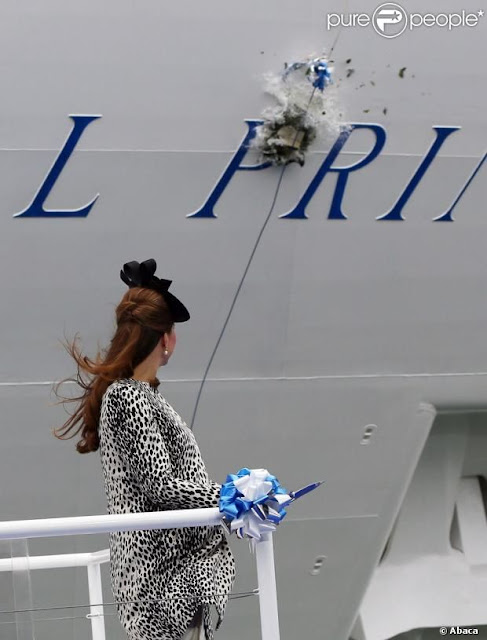 Kate had a great style and is practical. She still looked so chic in all her maternity outfits…Hey it’s not that easy when you are feeling bloated and swollen.

I love that she mixes her own finds like this cape from Zara. 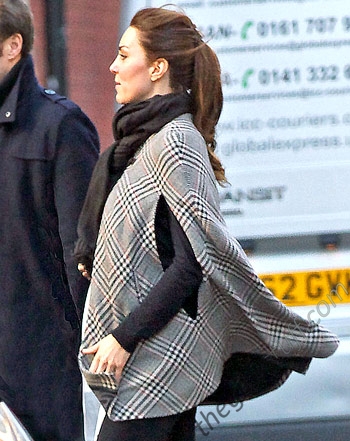 She also loved this spotted Topshop dress and wore it a few times though was criticized for not having weights sewn in it to keep it down.  She wore it anyway. 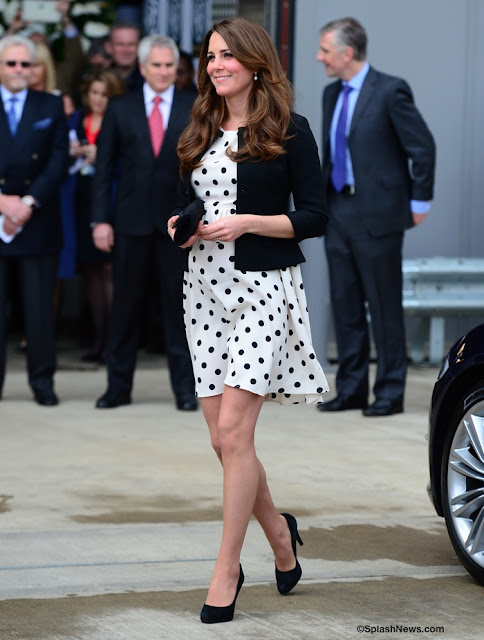 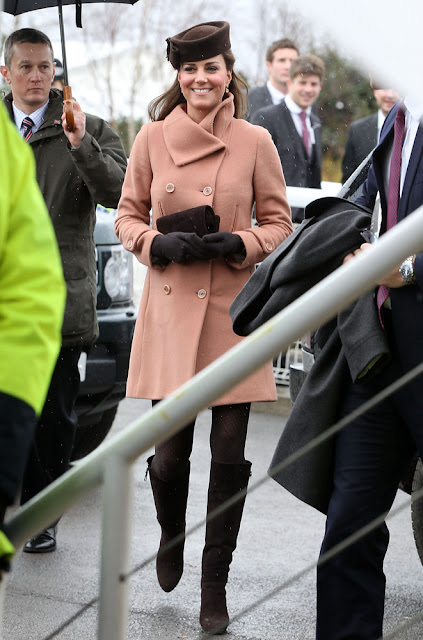 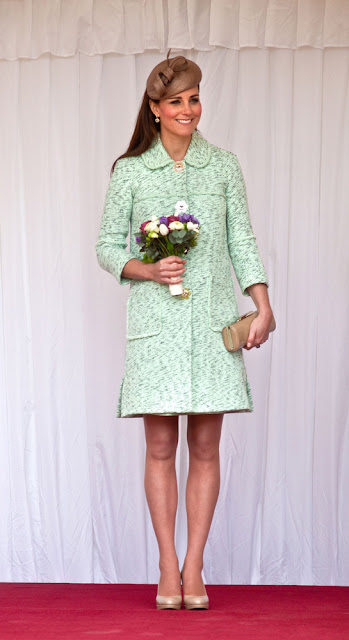 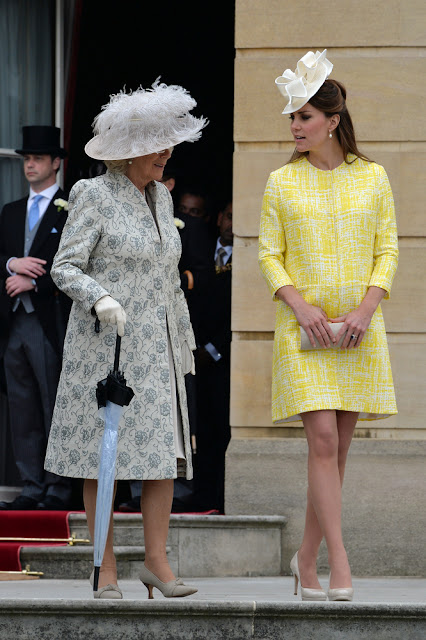 I was hard pressed to find a photo of her in maternity jeans. This shot of her shopping with her mom a few weeks ago was about all I found. 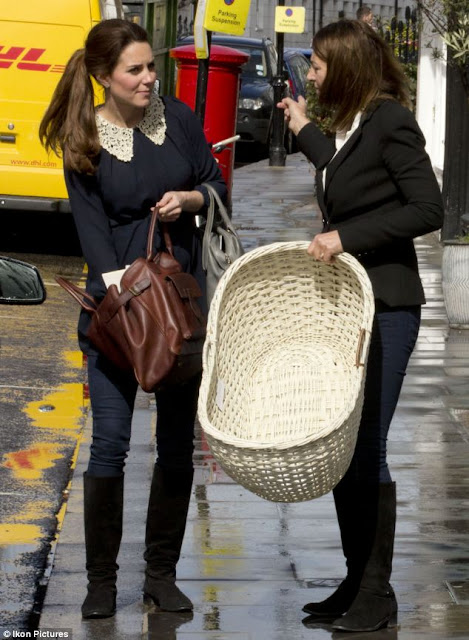 Also, this in her trench and jeans. Love her Todd’s bag too. 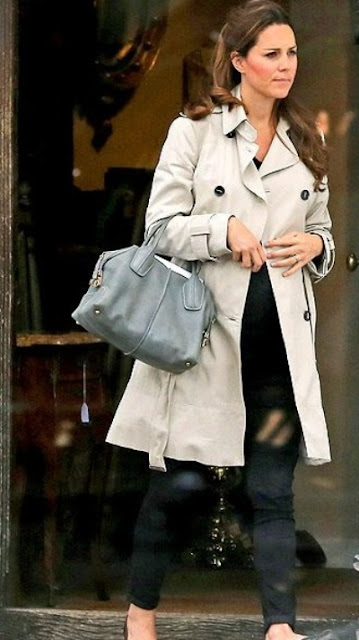 Whatever happens, I think Kate and Will will be wonderful parents. Diana did a good job raising William and he couldn’t have picked a better wife. She’s a normal girl and I love that! 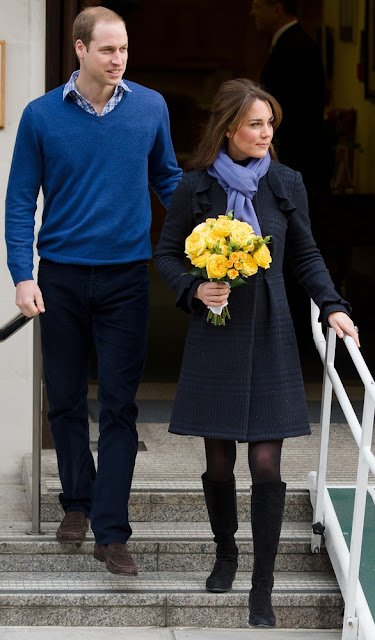 Can’t wait to see this little baby! They seem very much in love. 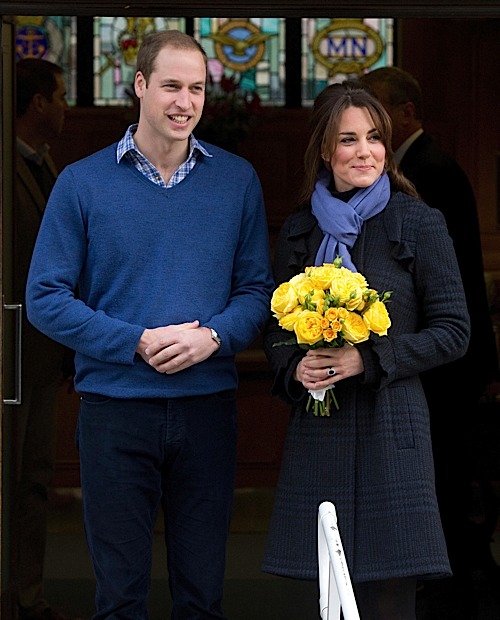 Have a great weekend!
Kim